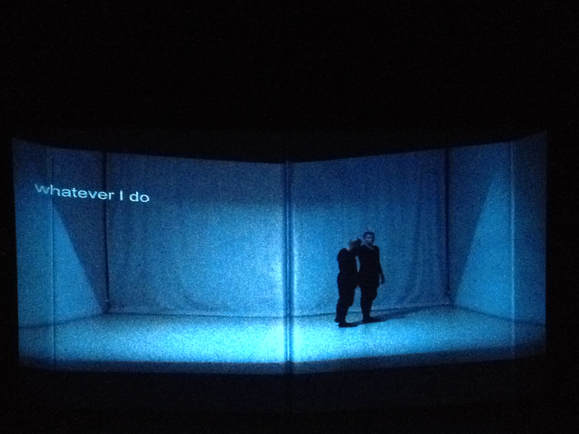 ​TAINTED TITLE is a performance work which illuminates fragmented thoughts between people. These thoughts are presented in the form of visualised words, which hover and plague space. Words respond to, trigger and echo the situations brought about by the choreography. Meanwhile contrasting subliminal and dramatic sounds underpin the visual landscape. These sounds put the performance into an ever-evolving state of suspense. They haunt the work by making audible the sonic ghosts of the rooms in which they inhabit.

​
TAINTED TITLE
was originally commissioned for the Keir Choreographic Awards.
Darbyshire conducted further research for the project in 2015 through
a residency at Cité Internationale des Arts in Paris,
supported by Australia Council for the Arts,
followed by creative developments supported by Creative Victoria and Tanzhaus Zürich.

*Video documentation can be provided upon request